published on July 22, 2014 by Healthcare Information Services (HIS) 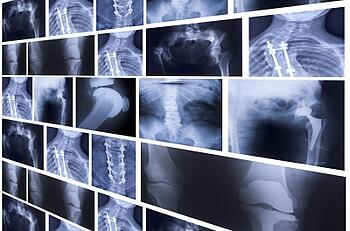 In 2014, radiology practitioners are facing a rapidly-shifting professional landscape.  New technology, changes in healthcare laws, as well as the advancement of coding protocols used for reimbursement have all had an impact on the way that radiologists work and bill for their services.  One of the most pressing radiology billing issues this year is the reimbursement changes to the technical component of imaging procedures, including many kinds of MRI and CT examinations.

An Explanation Of Fee Changes In 2014

In response to factors including increased experience with payment protocols and an analysis of payment data from hospitals and other types of medical practices, the Centers for Medicare & Medicaid Services (CMS) released its 2014 hospital outpatient prospective payment system updates late last year.  CMS also offers information about the changes to the reimbursement rate of specific Medicare services, in terms of the dollar amount as well as the percentage change.  Unfortunately for radiology professionals, there was a decrease in many different kinds of imaging procedures that will have an economic impact on the field.

The Impact Of HOPPS Changes For 2014

In a letter to Marilyn Tavenner, administrator at CMS, the Radiology Business Management Association (RBMA) paints a grim picture of the changes to the Medicare fee schedule for 2014. RBMA board of directors president Wendy Lomers particularly criticizes CMS’ new 90% usage rate, a figure that is used to calculate reimbursement for the use of expensive imaging equipment.  Generally speaking, as usage rates go up, reimbursement rates go down.  Lomers writes that utilization rates for equipment used in advanced imaging like CT and MRI scans are closer to 60% and stresses that even in the busiest offices, “real world” issues like lunch breaks, unexpected office closures, and appointment no-shows make it nearly impossible for a 90% usage rate to be accurate.

In a separate letter to Marilyn Tavenner, Lomers comments on the decreased payment percentages for imaging and uses the numbers to show why they will cause profits from radiology billing to take a hit.  A CT scan without contrast procedure, for example, will see a 27.1% decrease in payment rate for 2014.  Several other types of imaging procedures are also seeing close to a 20% decrease in reimbursement.

Response From The Radiology Community

Besides the RBMA voicing their concerns, other organizations have also been outspoken about the negative effect on radiology billing that the 2014 CMS cuts will have.  The American College of Radiology (ACR) published a similar letter to Marilyn Tavenner that explains the significant burden these cuts will place on smaller physician offices that do not have the same patient volume as larger hospitals.  ACR President Harvey L. Neiman also points out that since 2006, CT and MR imaging services have seen 12 cuts in reimbursement rates.

In an article published in December 2013 on UBM’s Diagnostic Imaging site, Whitney L.J. Howell touches on another important area of the 2014 CMS cuts to radiology billing: the reduction of reimbursement for breast biopsy codes.  Howell estimates a reduction of between 29 and 50% because of new bundling regulations that consolidate reimbursement billing for several types of imaging.  Also affected are MRI and CT procedures to the brain and spine.

Keeping abreast of changes in the world of radiology billing is crucial to survive in today’s rapidly changing healthcare environment.  Radiology professionals looking to keep up with changes like the 2014 CMS cuts to Medicare radiology reimbursement rates should subscribe to our blog.  At HIS, we pride ourselves on keeping healthcare professionals in the know about all of the most important developments in the medical world.