published on April 23, 2014 by Healthcare Information Services (HIS) 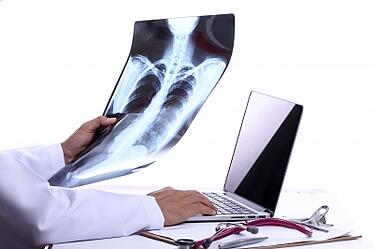 What began in 2007 as a voluntary reporting system offering eligible medical professionals significant incentives in exchange for reporting data on quality measures relating to patients covered by Medicare benefits becomes mandatory next year.  Non-participation carries a financial penalty starting in 2015. Patients with Medicare Part B and Railroad Medicare benefits are included in the Physician Quality Reporting System. The eligible incentive payment for 2014 is 0.5 percent of the total physician’s Medicare Part B Physician Fee Schedule allowed amount.  If, for example, the total amount of Medicare billing for the year is $200,000, the incentive for 2014 is $1,000.

The penalty for that same amount not reported via PQRS in 2015 is $3,000.  Continued non-reporting in 2016 and subsequent years is 2.0 percent or $4,000.  Note that this penalty applies to all Medicare Part B billing, not just PQRS related data.  That is a significant impact on the bottom line.  Radiologists certainly do not want to leave money sitting on the table in 2014, and are less inclined to pay penalties going forward.  To participate in PQRS, radiologists must add additional documentation to their radiology reports.  From that documentation, billing coders can add what Medicare refers to as ‘CPT II Codes’ to the Health Care Financial Administration forms.

The 2014 Physician Quality Reporting System Measures List as provided by the Centers for Medicare Services includes the following measures that are specific to radiology:

Measure #256, Surveillance after Endovascular Abdominal Aortic Aneurysm Repair has been retired from the 2014 measures list.

Participation in PQRS is a relatively simple way to increase income in 2014, and ignoring the program could constitute a very expensive mistake in the coming years.