published on February 05, 2015 by Healthcare Information Services (HIS) 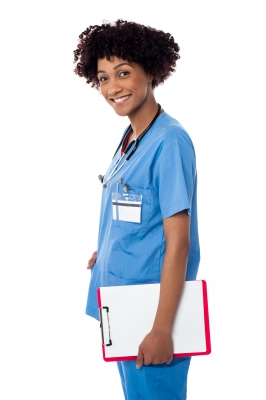 Released in September of 2013, Epocrates' 8th Annual Future Physicians of America Survey asked more than 1,000 U.S. medical students to share their opinions about healthcare reform, their career goals, evolving technology and other hot button topics.  The survey found that today's medical students are overwhelmingly planning to join group practices or hospitals instead of starting solo or partnership practices.

The survey found that 69 percent of medical students plan to join group practices or hospitals.  In contrast just 17 percent said they were planning to go into solo or partnership practices.

These results signal a radical change in the way medicine is delivered in the United States.  Medical students are responding to external pressures that are reshaping the medical industry and radically changing doctors' relationships with their patients.

American medicine used to be based on small, privately owned clinics.  According to the Medical Group Management Association, more than two-thirds of medical practices in this country were physician-owned in 2005.  That number dipped to lower than 50 percent by 2008 and there's nothing to suggest it hasn't continued to decline.  In fact, research conducted by Accenture found that the number of physicians owning their own practices plummeted from 57 percent in 2000 to 43 percent in 2009.

There are a variety of reasons why young physicians are looking for work in hospitals.  Younger doctors see salaried positions as ways to get predictable hours and to help them overcome their student loan debts.  They see the stability of salaried positions as a benefit.  Their established, seasoned colleagues understand it is actually the death knell of the traditional doctor-patient relationship.

The transition away from private practices is mainly being driven by large, structural forces that are reshaping American medicine.  Changes to Medicare in the 2000s started the trend and forced many established doctors who practiced individually or in small group offices to accept salaried positions in hospitals.  More recently, worries about medical errors and the cost to carry the associated liability coverage, reductions in the ways the payors reimburses physicians, and the demand for electronic health records are putting strains on independent doctors.  The computer systems that are becoming essential to any medical practice are expensive to install and manage, and they take time to maintain—time few doctors have in abundance.  Private physicians lack the resources needed to meet the record-keeping demands of the Affordable Care Act, so they are choosing to join vast, impersonal healthcare systems.

In short, regulatory and administrative hurdles, escalating malpractice costs, and declining reimbursements from insurers have all made it difficult for doctors to develop their own medical practice management systems.

The data Epocrates collected shows that worries about administrative burdens are causing medical students to shun private practices. When asked why they planned to take salaried positions, medical students said the following:

Clearly, bureaucratic and regulatory burdens are causing physicians to abandon the medical practice management systems they might want to develop in favor of large, impersonal hospitals.

Most physicians are unaware that there is a way they can enjoy the autonomy of a private practice and meet onerous bureaucratic demands at the same time.  By working with an established, trusted physician and practice management organizations like the revenue cycle management firm Healthcare Information Services (HIS), physicians can access professionals who know how to increase reimbursements, improve efficiency, maintain regulatory compliance, and become more profitable.

HIS can help physicians regain their lost independence.