published on March 26, 2012 by Healthcare Information Services (HIS) 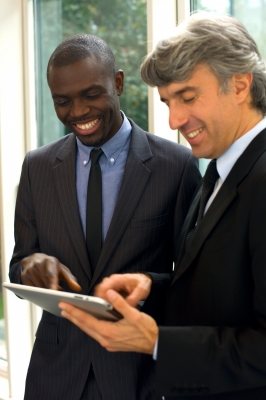 Below is communication from the Healthcare Business Management Association (HBMA) regarding their response to the Centers for Medicare and Medicaid Services (CMS) when asked about the experiences of the HBMA national membership with the recent transition to 5010 electronic claims standards.

In summary, payers were not as prepared for the January transition to the new claims format as they reported earlier.  HIS prepared and tested for this transition as advised by industry experts, and has responded to warnings and successfully prevented any major claims stoppages.

On March 15, 2012 CMS’ Office of E-Health Standards and Services announced that enforcement date for the transition to HIPAA 5010 transaction sets will be delayed by three months.

Who it will effect? HIPAA 5010 standards regulate the transmission of healthcare transactions among hospitals, physician practices, health plans, and claims clearinghouses.

CMS Enforcement: CMS will now wait until after June 30 to start taking enforcement action against healthcare providers that fail to comply with the HIPAA 5010 standards.

Last year a Conference Committee that was formed to provide the healthcare industry with a 10 month extension of these three main issues:

Many were hopeful for the changes that could be accomplished with these extensions, but currently we have yet to see any fast resolution with this battle between Congress and Medicare.

Where are we at with each of these changes?

Congress continues to mull-over fixing the 27% Medicare rate cut.  This process still has a ways to go, as the bipartisan negotiating committee continues to negotiate most specifically the problem of paying the bill.

The Bottom Line: The Conference Committee was unable to agree upon a 10 month extension of the payroll tax cut, unemployment benefits, and a "Doc Fix." Thus, a a two-month extension was settled upon

The House and Senate have voted to approve a bill that includes a 10-month reprieve for Physicians from a 27.4% SGR related cut in Medicare payments that had been scheduled for March. The legislation goes to the President who has indicated that he will sign the bill.  The payment freeze will be in effect through the end of this year.  The agreement is part of a deal to extend a payroll tax cut and added unemployment benefits.  Under Medicare's sustainable growth rate formula (SGR), the Medicare payment cut was initially scheduled to go into effect January 1st, but was averted by a last-minute extension in late December of current payment rates.  While good news for 2012 physician payments, Congress has yet to find a permanent solution or replacement for the SGR formula.   This new agreement requires the Government Accountability Office (GAO) and HHS to submit reports to assist Congress in the development of a long-term replacement to the current Medicare physician payment system.

The Acting Centers for Medicare and Medicaid Services (CMS) Administrator, Marilyn Tavenner, announced that CMS will reexamine the ICD-10 timeframe, with more details to be available soon.  It is reported that CMS Administration is aware that physicians are currently juggling implementation deadlines for several programs, and expressed concern that some organizations may not be able to manage the administrative burdens associated with meaningful use, health insurance exchanges, and ICD-10 implementation simultaneously.  While expressing a willingness to reconsider the timeline, CMS continues to promote what they see as benefits to ICD-10 implementation – a more robust code set that could lead to better patient treatment, a better ability to prevent fraud and abuse, the ability to exchange health data with the rest of the world, and more efficient claims processing.

At HIS, we continue to stay on track with necessary preparations for a October 2013 implementation of ICD-10 with ongoing training of staff and system upgrades.

HIS will continue to monitor current issues and keep you informed of additional information as it becomes available. Feel free to contact us or leave a comment below.