published on July 21, 2012 by Healthcare Information Services (HIS) 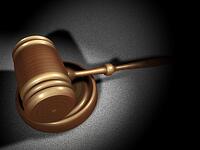 The following is an industry update, recently sent to current HIS radiology clients:

I think it is pretty safe to say that by now you are all aware that the Supreme Court announced its decision on the constitutionality of the provisions detailed in the Patient Protection and Affordable Care Act (ACA), A.K.A “ ObamaCare” . And, like most healthcare professionals are probably asking, what does this mean for me?

There were two substantive issues presented to the court:

The individual mandate was upheld as a majority of the Justices concluded that the penalty that enforces the mandate is a "tax" and therefore falls within the permissible powers of Congress to tax and spend.

Given that 27 states challenged the Medicaid expansion provision (Illinois did not challenge), it is reasonable to expect that a fair number of states will therefore opt to reject the expansion. It would appear that if a state opts out of the Medicaid expansion, individuals who would have been Medicaid eligible would be subject to the tax penalty imposed by the PPACA. It is not clear how the penalty will work and what the Supreme Court's decision may mean.

The decision by the Supreme Court yesterday is the beginning of what will surely be another transition period for both healthcare delivery and the medical billing industry. HIS will be investigating the provisions of the act in detail and working with industry leaders to determine the impact it will have on the billing and reimbursement process.  As we speak, HBMA is in the process of coordinating a webinar on the Supreme Court ruling.  This webinar will help HIS to answer questions we may have, and also questions our clients may have.  In the days & weeks to come HIS will actively be sending updates to our clients and keeping everyone informed.  If any immediate issues arise that affect your practice, we will notify you individually.  We appreciate everyone’s cooperation as we work to uncover the answers.  Additional updates will be coming your way soon.

As always, if you have any immediate questions or concerns, feel free to contact us or leave a comment below.