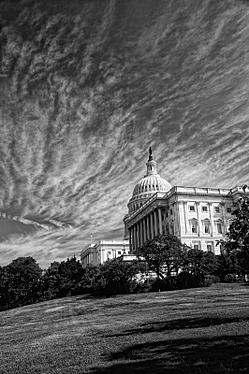 This article written by Kate Madden Yee, published on August 14th, 2012, and first appeared in on AuntMinnie.com. To view the original article click here.

In the years since the Patient Protection and Affordable Care Act (PPACA) was passed, U.S. regulators have continued to write rules implementing the law. In such a fluid healthcare environment, it can be difficult for radiology practices to stay on top of the changes, according to a presentation at the AHRA 2012 meeting.

Presenter Sarah Mountford delivered an overview of how healthcare reform is affecting -- and will continue to affect -- the practice of radiology. Mountford is director of radiology services at Physicians Business Network in Overland Park, KS.

"While the PPACA is by far the most momentous legislation that we have seen in many, many years, it misses the mark on decreasing our spending on healthcare and will not do enough to keep Medicare solvent in the long term," Mountford told attendees at the Orlando, FL, meeting. "More serious reforms -- that is, cuts -- will be required."

PPACA was signed into law in March 2010 and is the primary healthcare reform bill; the Health Care and Education Reconciliation Act of 2010 (HCERA), a "Band-Aid" bill agreed upon in exchange for passing PPACA, was passed a few days later.

Mitt Romney has said that if he wins the presidency in November, he will issue an executive order to give states the option to opt out of healthcare reform; he will then work with Congress to repeal it, according to Mountford.

"It's highly unlikely that the Senate will win enough Republican seats [in November] to have enough votes to repeal healthcare reform," Mountford said.

Romney's plan for healthcare reform contains many of the same elements of the current reform package. But it also eliminates Medicare as we know it, moving to a monthly payment system that Medicare beneficiaries can use to purchase either private health insurance plans or a Medicare-like plan, according to Mountford.

The bottom line is that regardless of who wins the elections in November, healthcare reform will be with us for the long term. And whether politicians admit to it or not, future budgets and reform plans will need to address serious issues regarding the cost of healthcare, Mountford said.

"[Romney's reform plan] is probably as unlikely to fix our healthcare system spending issues as PPACA is," she said. "The majority opinion seems to be that the PPACA is too far into implementation to be able to be repealed. It's possible that some segments of the law could be revised or changed, but I think it is very likely that the bulk of it is with us for the foreseeable future."

The U.S. Government Accountability Office (GAO) estimates that $60 billion is lost to Medicare fraud each year -- approximately 13% of all Medicare payments, Mountford said. In fact, Medicare fraud is now bigger business in Florida than the illegal drug trade.

"How do you get fraud out of the system? It's an important question, but the increasing bureaucracy dedicated to fighting fraud is making it really difficult for the folks who truly are trying to practice medicine to stay afloat and on the right side of the rules," Mountford said.

New penalties will target those who improperly order or prescribe an item or service, make false statements on applications or contracts to participate in a federal healthcare program, or know of an overpayment and do not return the overpayment -- and each violation will be subject to a fine of up to $50,000, she said.

"Make sure your governmental refunds are processed and refunded, and implement ongoing procedures to ensure compliance," she told AHRA 2012 session attendees.

"CMS is considering a temporary ban on enrollment of new IDTFs in the Los Angeles area," Mountford said. "These are things that could extend to other areas if high levels of noncompliant facilities are identified."

"The government has come up with a number of strategies under the visage of 'improving quality' that seem focused solely on decreasing costs, and it's difficult to see that improving quality plays much of a role at all," Mountford said.

Some of these strategies include the Physician Quality Reporting Initiative (PQRI). Participation in PQRI will become mandatory in 2015 with a 1.5% decrease in Medicare reimbursement for practices that don't comply. There will also be new reimbursement methodologies such as "value-based purchasing" (buyers hold providers of healthcare accountable for both cost and quality of care); accountable care organizations (ACOs); and a website created by the U.S. Department of Health and Human Services that allows patients to compare hospitals.

"One of the most far-reaching changes in the PPACA is the independent board charged with reducing the per capita growth rate of Medicare spending," Mountford said. "The 15-member Independent Payment Advisory Board is to present Congress with proposals to reduce costs and improve quality for beneficiaries."

CMS is also experimenting with ACOs. But the guidelines have been so cumbersome and the benefits so uncertain that it's not clear how many groups will actually participate, Mountford said.

"ACOs may be a party CMS throws that no one comes to," she said.

As for how healthcare reform will affect private payors, Mountford cited the Congressional Budget Office (CBO), which has said that the actual effects of PPACA on health expenditures, insured status, individual decisions, and employer behavior are uncertain.

"Insurance plans will be under a great deal of stress attempting to adapt to the changes required under PPACA and make the adjustments needed to get ready for ICD-10 [diagnosis and procedure codes]," Mountford said. "[Private insurers] will be looking to decrease the fees they pay to physician groups in order to stay profitable and competitive."

Who stands to benefit from healthcare reform? Cotinue reading the full article here.

see all
All posts