Election 2012: What's At Stake for Radiology

Election 2012: What's At Stake for Radiology

published on October 05, 2012 by Healthcare Information Services (HIS) 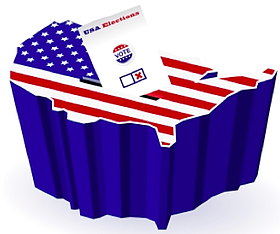 October 4, 2012 -- The upcoming U.S. elections in November will significantly affect the practice of radiology, and radiologists need to understand what's at stake, according to an article published in the October issue of the Journal of the American College of Radiology.

While the presidential race between President Barack Obama, and former Massachusetts Gov. Mitt Romney has attracted the lion's share of attention, the congressional races under way also promise to have a major impact on how either man will be able to govern. And it's vital that radiologists get involved in the process, according to author Dr. Frank Lexa from the Wharton School of the University of Pennsylvania.

"It's critical that radiologists participate in the election, both donating time and money and voting, in particular voting smart for the future of their profession," Lexa wrote. "We are going through a period of profound change in the economic and social structures of the United States" (JACR, October 2012, Vol. 9:10, pp. 740-744)