published on January 02, 2013 by Healthcare Information Services (HIS) 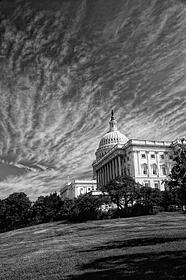 In the early hours of January 1, 2013 the United States Senate, by a vote of 89-8 adopted legislation that prevents the majority of taxpayers from experiencing a tax increase; prevents the scheduled 26.5% SGR related cut in physician fee schedule payments for one year and delays the 2% across-the-board cut in Medicare payments until early March.

An agreement to forestall the harshest consequences of the fiscal cliff won approval after the measure, brought to the House floor less than 24 hours after its passage in the Senate, was approved 257-167 despite the objections of many conservative Republicans.  President Barack Obama stated that he would sign the law today.

Further Health Provisions used to “off-set” the cost of a temporary SGR fix:

Work Geographic Adjustment.  This provision extends the existing 1.0 floor on the “physician work” index through December 31, 2013.