The Uncertain Future of In-Office Physical Therapy for Orthopedic Offices

The Uncertain Future of In-Office Physical Therapy for Orthopedic Offices

published on May 24, 2013 by Healthcare Information Services (HIS) 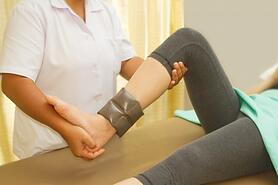 President Obama released his proposed 2014 budget on April 16, 2013 which may have potential impact on orthopedic in-office ancillary services and procedures.

Touting projected savings of billions of dollars over a ten year period the proposed budget does not take into account the added cost of transportation for patients, a certain added expense for physicians to find quality facilities to refer patients to and an overall restructuring for offices currently doing in-office referrals.  For orthopedic offices many aspects of current activity and billing may be affected,  this proposal also has the potential of changing the quality of patient care as patients are sent out of office to other sites, reducing control and income and, by extension, the ability to afford top notch treatment equipment and facilities.

The removal of the Stark Law exemption could negatively impact patient care and cost in a number of other ways as well.  Sending a patient out of the office to a free standing clinic could negatively affect the continuity of care.  As things stand now an intra-office referral means that the continuity of care remains intact with the referring physician and physical therapist being in the same location.  As a tight knit team, this allows for better communication between all involved parties throughout the care of the patient.  Additional costs could also be incurred in the form of wasted time and increased costs from utilizing independent or hospital-based PT clinics.  All of these and other additional costs will have to be absorbed or passed on as the patient is shuffled around from one location to another.

On the other hand, the proposed removal of the Stark exemption would increase activity for the free standing physical therapy clinics.  This would be a boon to them and would allow for better facilities, equipment and more care personnel.

The touted billions in savings for the budget is based on the idea that physicians abuse the self-referral exemption for personal gain and that fewer referrals would be made overall since the referring physician would not be benefiting financially from it.  How true the projection is would not be known until after the proposal became effective.

How this all might affect the industry as a whole is open for debate and will depend on which side of the debate you are on.  As mentioned earlier this could be a boon for free-standing PT and advanced imaging offices, creating a definite upswing in their patient loads.  Meanwhile, the in-house referrals for these services would be forced to stop.

While on the surface the President's proposal of the ending of the Stark "loophole" seems to be a good way to save a few billion dollars in the federal budget over the next decade, it does not seem to take into account all of the possible ramifications for the businesses and care centers involved.  Should this proposed budget become a reality only time will tell its effects for the better or worse.