Is it Time to Rein in the RACs?

Is it Time to Rein in the RACs?

published on May 30, 2014 by Healthcare Information Services (HIS) 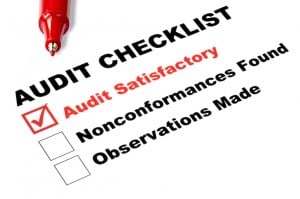 The governmental Recovery Audit (RA) program was designed to monitor Medicare payments and to identify those that were improper, either due to over payment or underpayment. Measures are taken to recoup over payments.  The program is also supposed to provide for remedial actions that can be implemented in order to prevent the same medical billing management mistakes from happening again in the future.

Although the medical billing management ideals of the program are sound, according to the Office of Medicare Hearings and Appeals (OMHA) there are currently almost 357,000 appeals pending involving both providers and beneficiaries.  Administrative law judges capable of handling 2,000 appeals a week are being sent 15,000 instead.

The major problem with the program is that the Recovery Audit Contractors (RACs) receive a percentage of the funds they recover from over payments.  This gives them an incentive to find errors in the audits even when none exist.  In a letter to (now former) Health and Human Services (HHS) Secretary Kathleen Sebelius, Rep. James McDermott, proposed some suggestions for administrative changes that can be made without the necessity of congressional intervention.  The main categories for reform McDermott suggests include:

1. Moving beneficiary appeals to the front of the line

As McDermott notes, hospitals and other providers may be able to absorb the losses they suffer during the more than two years it takes to resolve the appeal.  This is often not the case with beneficiaries who are on fixed incomes and suffer greatly throughout the lengthy appeals process. More than two-thirds of the denial of claims by the RACs are overturned on appeal.  The process must be sped up and beneficiary appeals moved to the front of the line.

2. Modification of the way the RAC program works.

Since the cause of the backlog of appeals has been identified as due to some actions on the part of the RACs, McDermott made some specific suggestions for changes to the program.

3. Continue the “pause” on document requests until a plan is firmly in place that addresses the current problems.

During the fourth quarter of 2013, providers spent from $10,000 to more than $100,000 responding to RAC requests.  Currently, it takes approximately 28 months for an appeal to be heard.  There should also be a limit on how far back RACs can review claims that are submitted during the pause.

This allows RACs to automatically deny a claim related to one under appeal.  McDermott is concerned about the impact of this new authority on the existing backlog of appeals.

If the suggested changes are not made, providers may suffer such serious losses that they are unable to even continue in the business. Another option is that they may refuse to accept patients whose only source of payment is Medicare.