PQRS and the Benefits of Participating in 2015

PQRS and the Benefits of Participating in 2015

published on December 16, 2014 by Healthcare Information Services (HIS) 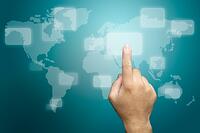 The Physician Quality Reporting System (PQRS) initially known as Physician Quality Reporting Initiative (PQRI) was created under the 2006 Act – Tax Relief and Health Care.  The program was made permanent under Medicare Improvement for both Providers and Patients Act of 2008; this Act also saw the incentive payments for PQRS increased. Moreover, several changes came in 2010 with the passage of ACA, which also included subjection to penalties beginning in 2015 and removal of incentives.

According to the Center for Medicare and Medicaid Services (CMS), the overall goal of the PQRS program is to collect useful data that can lead to improving health care of the patients and practitioners all together.  That’s one of the reasons why it is very important to participate in the QPRS 2015.

According to CMS, doctors have had plenty of time to begin using the PQRS. CMS offers an option for administrative claims so as to ease up your participation. In fact, CMS itself is allowed to look into your claims. CMS will be provided with data by the physician for processing.  As a physician if you choose this option you will not be penalized, but will not receive any incentives either. Unlike the previous years, from 2015 onwards there will be no additional incentives, instead there will be penalties. For example, in 2015 as physicians if you fail to participate you will be penalized 1.5% based on 2013 reporting. In order to avoid this penalty you need to participate in the PQRS 2015 program.

There will be further adjustment in 2016 to 2.0% based on 2014 report and same for subsequent years as a penalty for not participating.

Proper PQRS reporting data can implicate more than just a program.  Even though it is clarified by CMS that participation in other programs does not prevent or help PQRS penalties or incentives respectively, it may help boost your reception of incentives in others.

As it stands now, only 20 or so groups participate in VBPM program (value–based payment modifier), but it is expected that by 2017 the program will be available to all physicians.  You can therefore expect that by reporting year of 2015 the compliance will be industry–wide. VBPM is highly dependent on how well PQRS data is reported. Any wrong or unsatisfactory 2013 report or total failure in reporting of any data will warrant a penalty of 1% in 2015, not forgetting the additional QPRS payment penalty. Participating in PQRS in 2015 will help you to prepare so that you’re not adversely affected when the modifier starts to apply to everyone.

Participating in PQRS 2015 may also help reduce corresponding reports that you submit to different programs within CMS. For example, the criteria that was used in 2014 by PQRS largely adopted the second stage meaningful use (across three domains nine measures were reported) and the measures for arriving at the meaningful use component measure of clinical quality. If you you’re your time, you’ll note that PQRS, e–prescribing, meaningful use, MSSP and VBPM all share some common elements. These similarities however minor can prove very important for the emerging programs.

Considering the highlighted benefits, it may be wise to fully participate in 2015 PQRS. As you can see, failure to participate may not just bar you from the potential benefits of the program, but may also expose your practice to a number of financial repercussions.