Practices Not Prepared for ICD-10

Practices Not Prepared for ICD-10

published on May 07, 2015 by Healthcare Information Services (HIS) 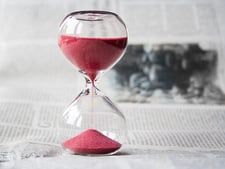 Beginning October 1, 2015, the medical community will be required to switch from the ICD-9 coding system to ICD-10.  This change brings with it many tasks and responsibilities on the part of physicians and their staff.  Even so, there are apparently, many orthopedic practices and other medical practices that have taken little to no action to prepare.

According to a recent survey, only 21 percent of physicians polled feel that their practices are on track to implement the ICD-10 system by October 1.  The reasons for this unpreparedness vary and include:

While the number of practices polled in this survey who feel that they're on track for the change is low, an overwhelming majority (81 percent) believe they'll be ready by the implementation date.  Here are the other key factors found by surveyors:

Numbers and percentages aside, practices that are not prepared for the ICD-10 implementation will face several repercussions, including a decrease in reimbursement and confusion among employees.

Because insurance companies will follow Medicare in requiring ICD-10 documentation and reporting guidelines beginning October 1, your practice may receive numerous claim denials if not in compliance.  Claim denials can result in a huge decrease in your overall profit margin and cost additional time and money to resubmit denied claims.

The transition itself promises to be costly for healthcare practices, meaning the last thing you need is a plethora of unpaid claims to add to the dent this change will inevitably place on your bottom line.  According to the American Academy of Orthopaedic Surgeons, the implementation of ICD-10 will results in costs related to employee training, adjustments to health plan contracts, an increase in documentation, and IT system changes.  Being sure you're ready for the switch will help keep costs as low as possible.

The last thing you need while trying to prepare your practice for a major change is confusion and chaos among employees.  Neglecting to prepare for ICD-10 means that once it's implemented, staff members will be unaware of what steps to take and will be prone to making costly mistakes.  Avoiding such confusion is the best way to ensure a successful transition to ICD-10.

There’s no way to get around it; ICD-10 will likely be upon us in the blink of an eye.  Is your practice ready?  Will you be able to avoid decreased reimbursement and chaos in the workplace?  Transitioning to the new coding system is cumbersome and cannot be completed overnight.  At Health Information Systems, we’re here to help you make the change as smoothly as possible.  Contact us today for more information.